Ilkley Amateur Operatic Society was founded in 1923.  Its first production was The Babes in the Wood, which took place in the King’s Hall.  Shows continued annually until the outbreak of war in 1939, when activities were curtailed and the society disbanded. 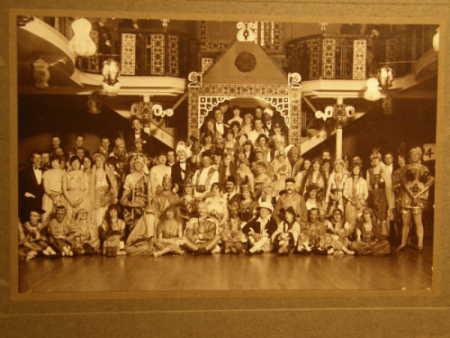 In March 1963 an advert was placed in the Ilkley Gazette by some of the members of an Ilkley evening class known as ‘The Light Opera Group’. A public meeting was called and all past members of the society and any other interested parties were invited to attend.  The council chamber was full to capacity for the meeting, and the following year the newly reformed society produced South Pacific.

One of the young members of the society at this time was a certain Alan Titchmarsh, who took part in Oklahoma (1967) and The Quaker Girl  (1968). 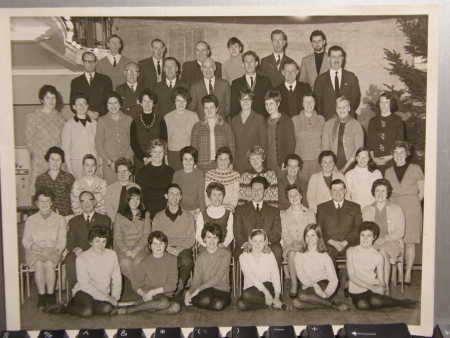 Shows continued at the King’s Hall annually, with rehearsals taking place in various venues, including The Assembly Hall, The Wheatley Hotel, The Ilkley Moor Hotel and the Hollybrook Guest House.

In 1970 the committee had raised enough money to purchase the All Saints’ Church Institute on Leeds Road for £6000.  The society is fortunate to own such a valuable asset and continues to rehearse in this building, now known as Operatic House.

In 1976 a junior section was formed whose first production was The Wizard of Oz.  The society continues to nurture the young talent of Ilkley and Wharfedale and has a thriving junior membership.